It’s time to look at the world with “alien eyes.” There’s no other way to keep pace with the mind-bending pace of change in today’s world.

That was the key takeaway from Nvoicepay NSIGHTS19, a one-day thought leadership summit and networking event for finance and AP professionals at the Hotel Yountville in California’s Napa Valley in April.

Futurist and keynote speaker Erica Orange opened the conference with a resonant discussion of “templosion,” a major phenomenon already shaping our personal and professional lives. 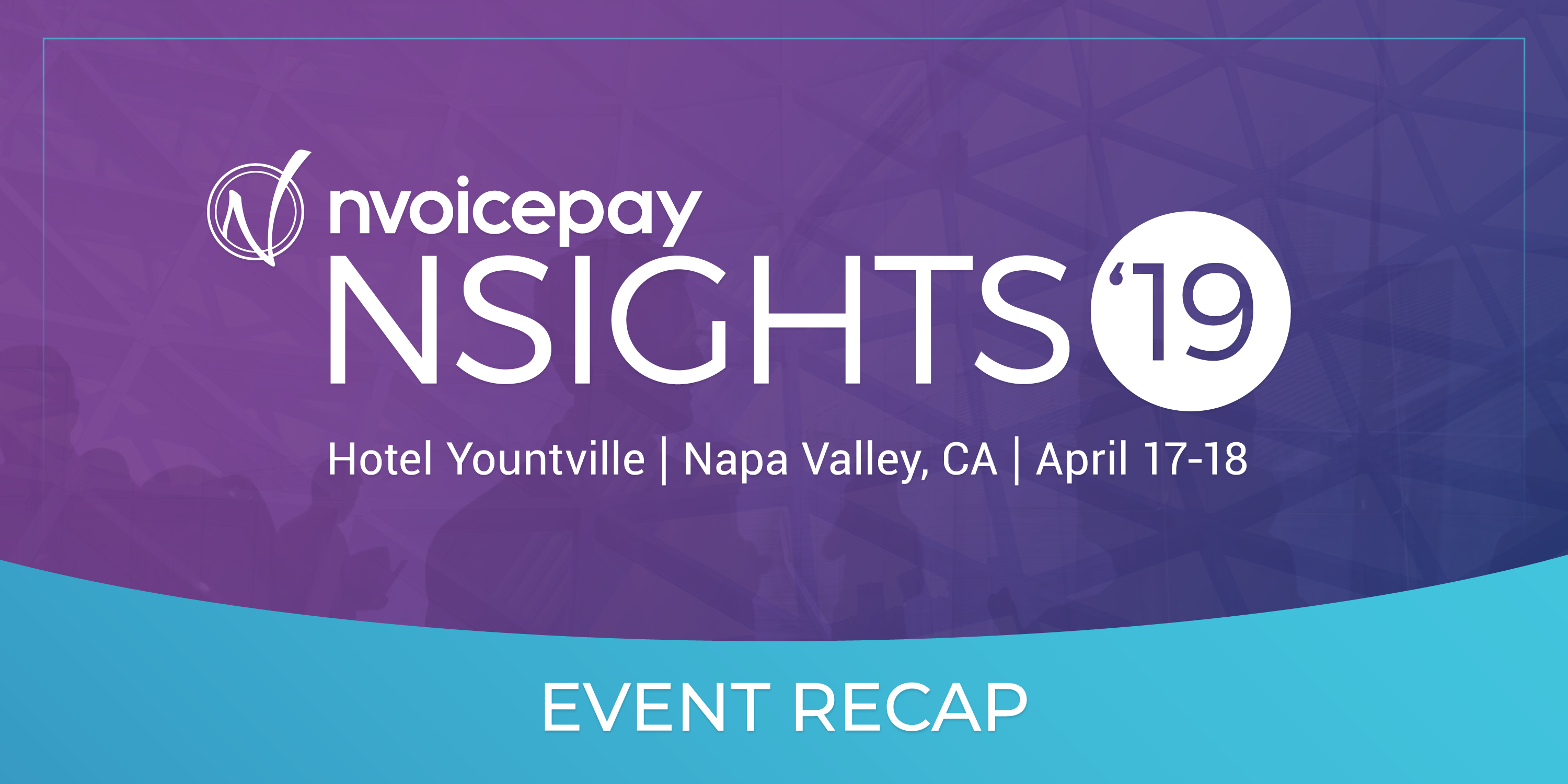 Templosion refers to big, world changing events taking place in shorter and shorter amounts of time. As that happens, generations are being compressed and bracketed not by years but by technology, e.g the Facebook generation; the Snapchat generation, etc. In business, the tenure of a company on the Fortune 500 is getting ever shorter, coming closer and closer to 15 years.

In a temploding world, time is the new luxury, and while we can’t create more of it, we can create more efficiency. With machines crunching vast amounts of data and taking over rote tasks, humans are becoming “cybrids” enabled by a deeply symbiotic relationship with technology in more and more aspects of their lives. As machines take over rote tasks and crunch huge data loads on our behalf, people are freed up to be analysts, decision makers and creators.

Outsourcing may turn into “other sourcing” as staffing decisions become “mankind vs mindkind,” figuring out the right kind of mind for the job at hand, which could very well belong to a non-carbon life form. But, “humans aren’t going anywhere,” said Orange. “We are not the most efficient life forms out there, but we are still the most intelligent.”

With the blistering pace of change, forgetting is almost as important as learning. The biggest obstacle to keeping up Orange says, is what sociologists call educated incapacity—closely held knowledge and certainty that blind people from seeing the future objectively. When the world is viewed through “alien eyes,” e.g. with an unbiased perspective, a new reality can emerge. We can see new opportunities, many of which are “inside the box” (rather than outside) but because of educated incapacity we don’t see them.

There was plenty of evidence of the effects of templosion in other sessions throughout the day.

In the Agents of Change panel, Cyndi Amador, CFO of Hill & Wilkinson General Contractors described how she found herself contemplating hiring an additional head in AP to fold checks and stuff envelopes as the company grew. Instead she decided to automate payments with Nvoicepay—clearly a mankind vs. mindkind decision.

As a result, Amador was able to level up the current AP position to a combination of AP and AR analyst, a move she described as “taking the robot out of the human,” and could also be characterized as creating a “cybrid” role.

Don Banowetz, Director, Enterprise Sales at Cambridge Global Payments, an Nvoicepay partner, described how emerging markets that don’t haven’t had the capacity to build payments infrastructure are driving change in the industry with all kinds of faster, mobile, near instant payment schemes, which he believes will eventually supersede established payment rails. That fits the description of inside the box innovation. Payments are as old as recorded history, but all over the globe people are looking at them with alien eyes and seeing better ways to do things using the connectivity and flexibility of today’s technology.

In B2B payments, as all payments become digital and automated, we’ll stop talking about cards, checks and ACH and focus instead on cash management, timing and access to funds, said Nvoicepay CEO Karla Friede.

The danger of course is getting tripped up by educated incapacity, which sounds like a very close relative of “the way we’ve always done it.” A long history of underinvestment in back office technology has resulted in processes that have remained essentially unchanged over decades. And, Matthew Wright, CEO of Symbeo, an Nvoicepay AP automation partner, highlighted in his presentation, much of what passes for AP automation today hasn’t resulted in much cost or labor savings, so one would be forgiven for looking at proclaimed innovations with a jaundiced eye.

Scan and capture still requires AP to review and correct; OCR requires constant oversight and investment; cost savings from BPO have been offset by the loss of visibility and control; eInvoicing hasn’t even come close to killing the paper invoice and ACH is just an electronic means of transmitting money. It’s not automation. You have to have a whole (mostly manual) program around it.

Given those factors and the repetitive nature of the work and the need for extreme precision, AP today is a rote process of “putting a square peg in a square hole over and over again,” noted panelist Kent Hansen, Senior Vice President and Chief Accounting Officer, LSC Communications. “It’s hard to change,” he said, but also said that automating payments and other functions has had an unexpected outcome: The joy of seeing people learn and grow.

So, what does efficient, automated AP look like? Nearly perfect data capture; faster approvals; invoices going right into the ERP without requiring a human touch, and automated payments. To get there, AP professionals must first become technologists. Eventually they become cybrids—analysts and relationship managers enabled by technology.

The day closed with a fireside chat between two titans of industry, outgoing Nvoicepay Chairman of the Board Garen Staglin and Microsoft Chairman John W. Thompson. Thompson also serves as an advisor at Lightspeed Venture Partners, where he says roughly 80 percent of pitches are for machine learning and artificial intelligence startups.

Thompson believes that the next inflection point in technology will be quantum computing, because the amount of data and content that needs to be processed will soon outstrip today’s compute capabilities. As quantum computing takes hold, machine learning and artificial intelligence will come to underpin most of what happens in the cloud.

“Companies that achieve real scale can stick around for a long time,” he said, “but the question is not how sustainable they can be, but how relevant they can be as the market continues to evolve.”

To maintain relevance will require relentless focus on the customer, extreme efficiency on the back end, and most of all the ability to continue to look at the world with alien eyes. 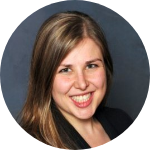 Kim is the Director of Product Marketing at Nvoicepay. She has over 7 years of strategic marketing experience in the B2B payments space. 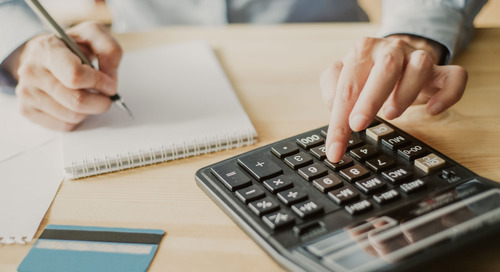 Why are companies still making more than half of their supplier payments by check? Understand the real cost... 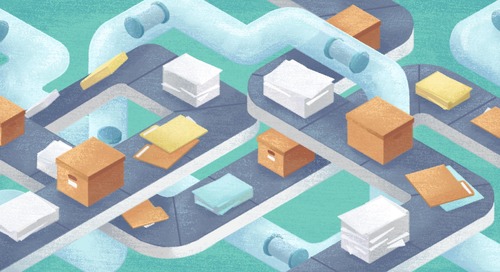 When Multiple Workflows Cause Multiple Problems

If your payment runs include lots of paper, approvals, and payment methods, you're probably falling behind ...