The Truth About Paper Money that May Surprise You

Proponents for a cashless future are shouting, quite loudly, that paper money is dead. While it's all very convenient with rumors of bitcoin, contactless payments, and mobile wallets afloat, it appears a rush to judgment.

The town criers for the death of cash may be right—eventually. But it's unlikely to happen anytime soon if checks have anything to show for it. While the consumer space may welcome innovative ways of making payments willingly, stats show businesses are much more reticent. 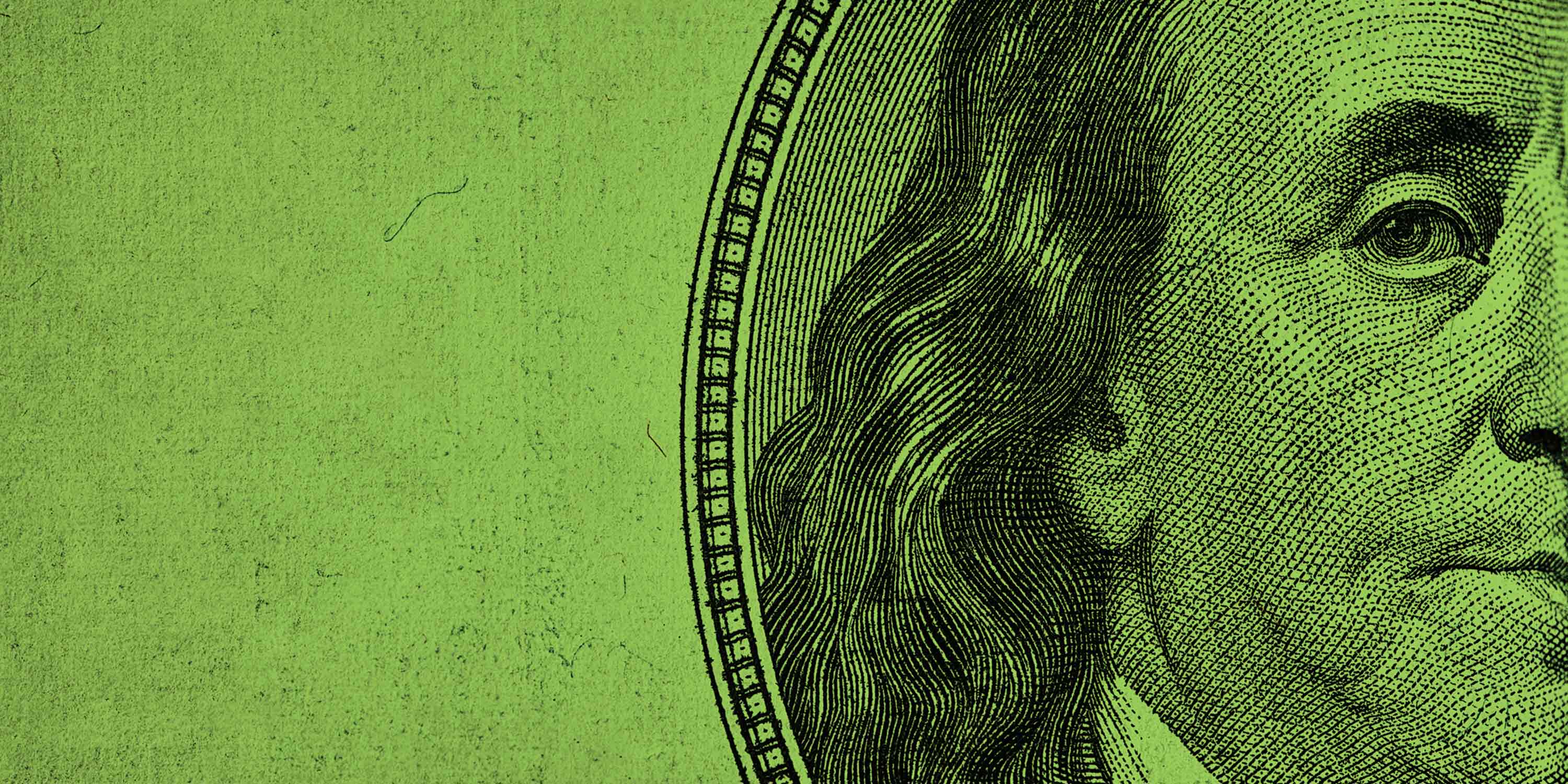 For 2016, checks are still the method that 51 percent of business-to-business payments use, according to the Association for Financial Professionals. That means over half of business payments are still made via paper check, which is a startling amount. Equally startling is the notion that there are individuals who would prefer to use cash over swiping a card, but there are plenty of good reasons for it.

A death notice on hold

The march toward the death of fiat money will be slow and steady, if it happens at all, for this one reason: anonymity. Paper currency is the failsafe method we use to make payments we don't want traced back to us. While much of the West clings to notions of privacy with their fingernails, cash is there to make us feel like we still have places to disappear. (This brand of anonymity is what Bitcoin enthusiasts envision for the future). It's a tangible resource we can stuff away in a rainy day fund, or for an unexpected crisis like a hurricane or earthquake where banking infrastructure is damaged.

The BBC did a deep dive on cash back in 2015, illuminating what is still true about the currency that's served us for ages:

"Cash is essentially untraceable, it's easy to carry, it's widely accepted and it's reliable. If the power goes out, or there's a blip in the electronic systems that make the online commerce world go round, cash is there. If someone wants to buy something without anybody tracing it back to her, cash is the way to do it."

The article goes on to cite that "two-thirds of cash holdings in America exist outside the country." While cash is notoriously hard to track, that's actually its hidden strength.

A distrust of consolidated power

If the Wells Fargo fake account scandal has anything to teach us, it's that no bank is too big to stumble when it comes to customer trust. Fourteen percent of Wells Fargo's customer base actively reported a decision to switch to another bank due to the fake account fallout.

Consultancy firm cg42 anticipated Wells Fargo is at risk of losing $99 billion in deposits as collateral from the scandal. Of course, that money won't be taken from the bank and stored in a rainy day fund, but deposited in another bank. But according to a 2016 Gallup Poll, Americans' confidence in banks remains below 30 percent and hasn't budged since the recession kicked off in 2007.

Americans' distrust of the banking system is part of our collective memory from the Great Depression when a stock market implosion led to the imminent failure of nine thousand banks. This time in American history led to the creation of the FDIC, insuring the worth of customer deposits. When a run on banks drained the nation's cash supply, what Americans most feared happened. They lost power over their deposits. Banks failed and we haven't soon forgotten it.

The benefit of a traceless currency

Convenience. Universal access. Ease. The reasons we use paper money are plentiful, especially when we require a direct source of payment from an unknown party (i.e., selling something on Craigslist) or don't want to use our debit card at a gas station in the middle of nowhere. While some use cash's lack of footprint for nefarious reasons like tax evasion, others prefer the obscurity simply because it's clean, and universally accepted.

Think of all the realistic scenarios where cash comes in handy: buying produce at farmers markets, paying at a mom-and-pop outfit that doesn't run cards for purchases under $5, buying a box of Girl Scout cookies, buying food at the fair, or even as your kids run out the door for a class field trip.

Cash is the champion of the immediate, and while Millennials may be using cards more than ever, or ditching cash for virtual bill-splitting apps like Venmo or Paypal, cash is the quick and dirty way of making a transaction, and that facet of paper money is not easily replaceable.

In an ironic sort of way, cash also has many of the same pitfalls as the burgeoning cryptocurrency Bitcoin. While Bitcoin provides the anonymity piece as a decentralized form of moving transactions, it has been usurped by those on the dark web (i.e. the Silk Road scandal) for trafficking drugs and money laundering. Cash has also fueled this dark underworld of society for centuries due to its convenience and untraceability, which is one of the reasons people have called for its elimination. However Bitcoin shows that good technology can be harnessed by bad people in the same way as cash, if not far more powerfully.

A shift in spending habits

The introduction of more painless ways of making payments (i.e., card payments) has exacted its own unique cost on the American consumer. Consumer studies consistently show that shoppers spend less overall with cash in hand than they do from swiping a card.

The catch? Cards make us more detached from our resources, like we're paying with monopoly money and not real dollars.

The concreteness of cash changes our spending habits for the better. We feel the gravity of what we are spending, and although the American consumer has shown an overwhelming preference for card vs. cash payments, the truth remains that a parent training their child on how to manage a budget would be wiser to hand them an envelope of bills than a credit card.

As with most innovations in currency, widespread adoption takes time and as Bitcoin has shown, patience in wading through the thicket of regulation. Bitcoin is still considered the Wild West of digital currencies—an unregulated no man's land.

There is room for new and exciting currencies to develop in the market, but none as of yet have the power to usurp cash, despite the fact that places like Sweden that have reduced cash transactions to just under 1 percent. The BBC explains why exactly, this nation is the perfect testbed for cashless transactions:

"This is partly down to infrastructure (Sweden is among the most connected countries in the EU); a relatively small population that is an ideal test-bed for innovations; and the country's historically low corruption levels."

Furthermore, Sweden places a high level of trust in both government and institutions, while the United States lags significantly in this area, especially when it comes to the recklessness of big banks we witnessed in the financial crisis of 2008.

The inevitable reality is that investing in the infrastructure for cashless payments everywhere is expensive. And for a nation roughly 22 times bigger than the size of Sweden, it's not likely to happen as swiftly or as decidedly here in the United States. This is why the bike path of cash will likely still exist alongside the supersonic speedway of Bitcoin for years to come. 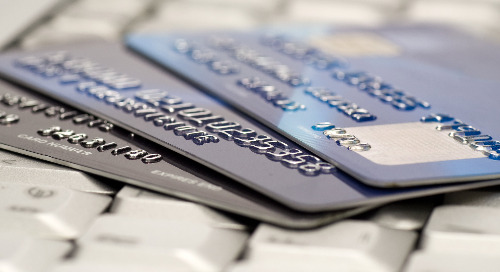 Debit and credit card usage reigns supreme for the consumer. Businesses, however, are still keen on paying ... 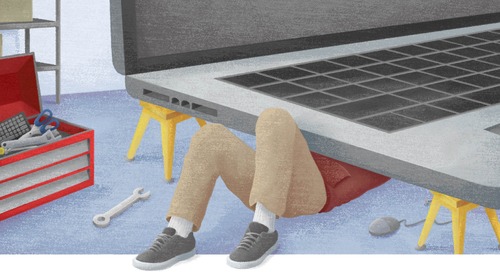 Why Your Next Hire Should be a Developer

Developers bring more value to an organization than just an ability to code. This is even true for non-tech...